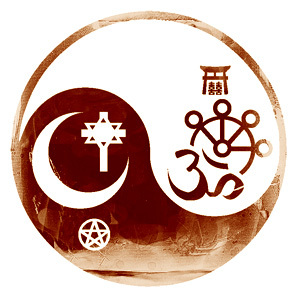 SYNOPSIS:
&nbspReligion, (being defined as "an institution to express belief in a divine power" by Princeton University) has risen directly with civilization. In fact, the measurement of a civilization must include the development or adoption of a religion... often state employed. Religion's purpose is not the exposition of truth but as a means for the few to control the many, and is in fact contrary to healthy and factual beleifs as well as truth.

ARGUMENT:
&nbspThe first religions were mainly of a means to support desired morals and behaviours by the recently formed state. Examples include ancestor worship and animism, the latter of which later developing into polytheism. Ancestor worship in ancient China was a rather brilliant method to get the civilians to follow desired cultural behaviours. Animism promotes a hunting and way-of-nature cultural value inherent in many early civilizations, especially the ancient American Inians.
&nbspLater, as civilizations advanced and mass control over the increasing number of groups and minorities polytheism was developed to express more advanced, controlling cultural values. As future cultural values needed to be integrated another god was installed. In fact, the Egyptians would often adopt certain god from other empires. Still, a central few gods are kept in dominance over the rest; those containing unchangingly desired cultural values.
Around the same time Taoism and other more individualistic religions were formed, going along an approach of creating "discipline" or great adherence to the orthodox cultural code by leading by example.

&nbspLater on came Monotheism, the crowning acheivement of cultural control and maintenance. A single and "One" God promotes an intolerance for variation and makes the world black-and-white; those within the God's designated range of acceptable behaviour, and those things without it. With monotheism came very tight-knit civilizations, usually very combatative. The concept of the Jihad existing in all versions; those not part of the culture (religion) are rejected and deservative of death and eternal punishment. The idea of conversion into an orthodox culture or a religion being invinted a little while later by intercontinental civilizations.
&nbspThe most recent monothesim, Islam, was specifically designed to be an imperial religion, as all Islam countries were and are confederated. So, soon came the religious wartime tool of ethnic superiority and racism.

&nbspJudaism is a very small religion, and Islam is still very new, so Christianity is most definately the reigning champion in the evolution of religions. In the past Catholicism reigned supreme under the command of a central controller: the Pope. Later, Protestantism was created for a more diverse and fast passed world, with no central figure but a loose business and theological confederation controlled (or controlling) by the WASPs. (White Anglo-Saxon Protestants, also known as "Western Civilization.") Modern tools of religion being exteme submission to any gorvernment that allows and protects the religion as well as to that natural predators in our lives. It is because of this "Obey your master" philosophy the the CIA exists today, as well as the many numerous Secret Societies (such as the Free Masons) and Christian-based cults.
&nbspSo, by viewing Christianity from this persective we can understand the power and evolution of religion at its current peak.

&nbspChristianity employs a non-questioning faith as well as a fear of "sin" and "hell" in addition with several main appeals (like sexuality with Mormanism.) This faith is perpetuated and created by the use of cyclic logic and guilt-inspired obsession. (Click Here for a list of Jesus' tricks.) The individual is controlled to the point to where he or she thinks that everything would be totally different if the religion was rejected. Subconsciously, as Christians have been taught, they begin to equate any form of happiness with the religion. In addition, thousands of minor details are constantly stated to "prove" that Christianity is so unique that it isn't even a "religion."
&nbspWith the come of Protestantism even the rebels were able to be named in the image of the culture. The forgiveness of sins being focused on, it allows people to beleive without changing and minimal inconvenience. So, development isn't undone, but is now kept (or kept from advancing away from) within the norm of the cultural values in a civilization.
&nbspAnother Christian tool is the paranoia generated to make every study on Biblical accuracy or philosophy that ends up being contrary or against Christianity as a mere emotionally driven attack on them. The subconscience understanding is that these "attacks" are from Satan. Indeed, a Christian is even crafted to convert those who reject as he or she will argue with a non-beleiver but never hate them. "Love your enemy."
&nbspThe world economy growing increasinly centralized as the controllers who are smart enought to know religion is false get rich on the Christian quality of charity and lack of greed. (Jesus says over a money dispute that since the coin in conflict has Caesar's picture on it, it should be given to him. Not to mention the endless parables and examples of charitable poor people.
&nbspIn addition, many of the obtrusive qualites that both make and disprove Christianity are not actually practiced. However, Jesus says those not dedicated are "luke-warm", and he spits them out (hell.) Brilliantly, though, the phrase "for whosoever turns to me shall not parish, but have ever-lasting pece," allows these "growing" Christians to remain loyal and stay in to be pressured into greater "faith."

&nbspSo, we see the way modern Christianity controls and guides the "free" world determines what it appears like. With the Everlasting War between the world monotheist religions comes the rise of covert acts of Jihad known today as terrorist attacks and air strikes/CIA hits. The Builderburgers, Skull and Bones, Free Masons, among others control the world against the Communists and Eastern Religions. All this just for control, and at the price of beleif in many erroneous, false, and uselessly restricting ideas and laws. Science now promotes these same values, paying material gratification through technology for beleif. It is likely to be the next great religion....